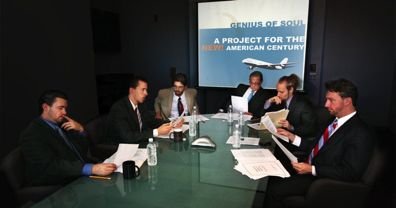 Based in Ocean Beach, Genius of Soul is a hip-hop band, heavily steeped in the sounds of jazz and soul music. Comprised of both self-taught and classically trained musicians, their music is a blend of hip-hop, psychedelic rock, and politically-committed soul.

In late 2010, they released their 12-track album A Project For the New American Century, with a new six-song EP released in summer 2011.