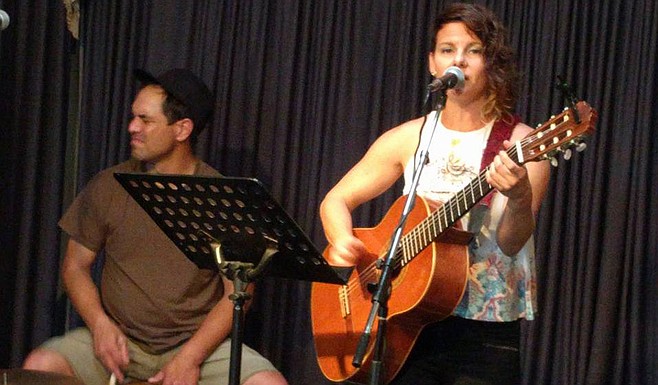 Born in Uruguay and a former resident of Orlando, Florida, Gabriela Aparicio moved to San Diego in 2014, ending up in Point Loma. Originally a pop performer, she evolved into a Latin jazz artist who sings in both Spanish and English.

Aparicio is frequently backed by her band La Buena Onda.