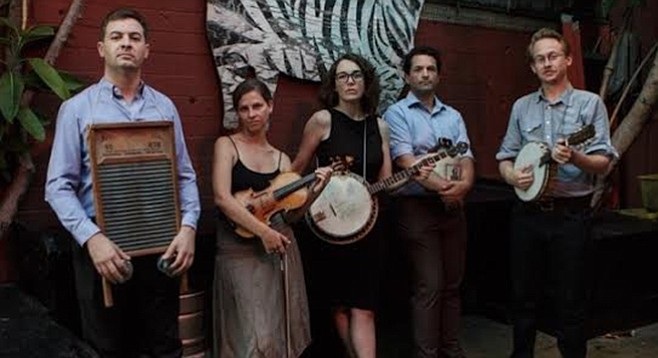 Led by multi-instrumentalist and native Kentuckian Clinton Davis, who grew up hearing jug band music in its birthplace of Louisville, the G Burns Jug Band plays old American music, including urban blues, mountain fiddle, and popular music of the nineteen-twenties and thirties.

In August 2013, the band launched their residency at Black Cat Bar, the G Burns Barn Dance, held the first Saturday of every month. They were nominated for San Diego Music Award in 2015, for their album The Southern Pacific & the Santa Fe.