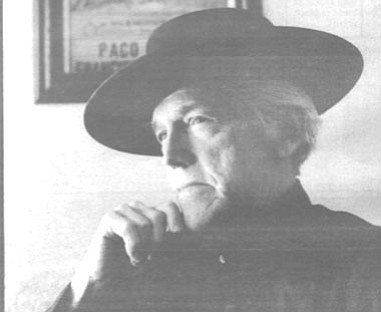 Francisco Ballardo, aka Frank Ballard, grew up the son of a flamenco guitarist father named Antonio El del Lunar (aka Antonio Serrano), with a mother named Cecilia who was also a flamenco singer known professionally as Nina de la Sierra.

“My parents were born in Sevilla,” Ballard told the Reader in 1994. “I was born here, in San Francisco, but I grew up in the Argentine, first 15 years or so. They were immigrants, but somehow they couldn't establish themselves, they weren’t comfortable, so they moved to Argentina. I heard flamenco since I was a child. I probably heard more flamenco than I heard tangos.”

Ballard flew B-24s during WWII in China, returned and got married in New York, had a bunch of children (three girls and one boy), and then became an electrical engineer who shifted to architectural and industrial design, spending 14 years with Sperry Gyroscope Company. Along the way, he also became a virtuoso flamenco guitarist, frequently seen at local venues including one he opened himself, the Tablao Flamenco, next door to a medical building that he happened to own.

“Flamenco is a very captivating music. A person who likes flamenco, for the most part, doesn’t know the difference between a sevillana and a siguiriya. It’s just the totality of those sounds are so magnificent, so enticing, hypnotizing. You’ll find a lot of the people, particularly Germans, that go down to Spain, they get enamored with just the sounds and the meaning that goes with the flamenco. So I had no idea what it was that they were playing, but I loved the sounds.”