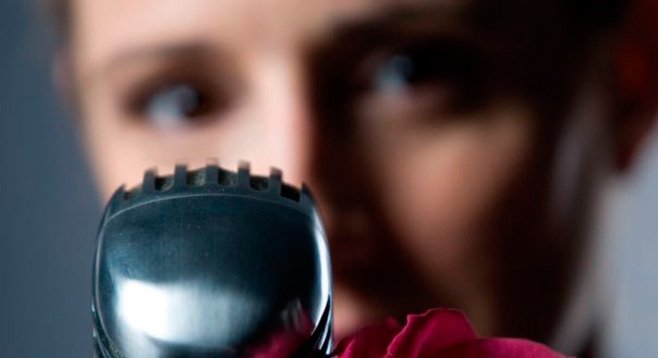 Fran Hartshorn is a jazz/classical/operatic vocalist performs regularly with Lyric Opera San Diego and at venues like Hawthorn’s and the Caliph.

She has been a vocalist for 20 years, beginning in her hometown of Evansville, Ind., where she grew up the youngest of nine children. She has worked with various theater groups in Tucson, Ariz., and New York City, and now resides in San Diego where she is and has been a professional vocalist in several capacities and genres.

Thanks to several years of vocal technique training with opera professional Dianna Ruggiero, Hartshorn can sing just about anything, from classical to musical theatre to jazz. She has always felt her voice best fit the jazz genre, but only recently started seriously pursuing that area of music.

Hartshorn regularly performed at Hawthorn's Restaurant in the Birch North Park Theatre, recently featured on the cover of San Diego Magazine. She plans to reprise her Hawthorn's performances after the CD is released. She's also a member of the retro-Vegas-lounge act Blue Velvet, known for their unique arrangements of great songs from the '60s and '70s by Burt Bacharach, the Carpenters, the 5th Dimension, and Abba. Blue Velvet performs live at the Caliph in Hillcrest, at 5th Avenue & Redwood in San Diego. Info, photos, and sound clips can be found at www.bluevelvettv.com.

She has performed with the Lyric Opera San Diego stage since 2002, in productions such as Die Fledermaus, The Pirates of Penzance, Oliver!, HMS Pinafore, The Gondoliers, and Candide. She's also been a vocalist with Opus Melodious, a quartet that performs the music of Mozart, Gershwin, and Broadway.

Previously, Hartshorn was the female vocalist for three years with the Moonlight Serenade Orchestra, a 20+ piece live big band that plays all the great music of the big band era, including Glenn Miller, Artie Shaw, Duke Ellington, Tommy Dorsey, and Stan Kenton, among others.

Her band includes Jaeryoung Lee, a classical and jazz pianist, vocalist, bandleader, band supporter, and musical director. As a jazz pianist/vocalist, she has been performing with phenomenal musicians including Peter Sprague and Vinny Golia. Lee holds two master's degrees: Master of Arts in Piano Pedagogy and Master of Music in Jazz Studies. She is currently a member of the music faculty at San Diego State University, Miracosta College, and Grossmont College, where she teaches courses including Class Piano for music majors and non-music majors, Music Appreciation, Basic Musicianship, Music for Elementary School Teachers, World Music, and Jazz Vocal Ensemble.

Bassist Danny Weller has been playing professionally since the age of 16. During the winter of 2004, Weller collaborated with his Dad, Bob Weller, and recorded his debut album, Tree of Thorns. The album featured several of Danny’s original compositions and is now available on Circumvention Records [http://www.jasonrobinson.com/circumvention]. During his stay at University of California, San Diego, before transferring to the east coast, Weller studied for three years with classical contrabassist Bertram Turetsky. In May 2006, he completed his Bachelor of Music at New England Conservatory in Boston. There he studied privately with Bob Moses, Cecil McBee, John Lockwood, and Oscar Stagnaro, and played in ensembles coached by Frank Carlberg, Jerry Bergonzi, and Danilo Perez. He also performed in master classes with Jim McNeely, Uri Caine, and Dave Holland. In 2005, he performed in the NEC Jazz Honors Ensemble, and their performance of his original composition, The Cranning Call, was selected to represent NEC on Jazziz magazine's annual "Education Issue" CD.

Kevin Koch, originally from Manitowoc, Wisconsin, attended the University of Wisconsin, Green Bay, and graduated in 1976 with a B. A. in music. He joined Cruise Ship Show Band in 1978 and spent one year traveling everywhere from Russia to South American on different cruise ships. Koch settled in South California in 1979 and began playing with many local and national jazz artists including Freddie Hubbard, Charles Mcpherson, Herbie Mann, Dave Valentine, Peter Sprague, Terry Gibbs and Buddy DeFranco. He became involved in forming the contemporary jazz group Fattburger in 1984. The Band now has twelve albums to their credit, all of which have reached the top ten on the national contemporary jazz charts. Koch is currently living in San Diego drumming for and managing Fattburger while being also involved in producing and playing on projects for other artists.