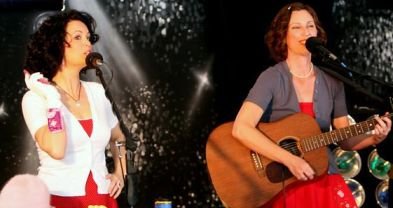 The Flimz features singer-songwriters Annie Dru and Amy Mayer. The two first teamed up in February 2007, after meeting each other at their sons’ high school water-polo match. Dru had released two solo discs and worked with bluesman Robin Henkel; Mayer had released a children’s DVD.