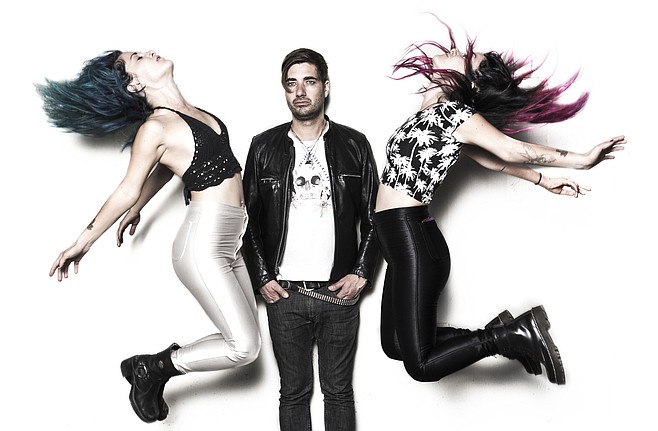 Flames Of Durga is a psych-grunge-punk band started by twin sisters, Beah and Cecilia Romero, who've written songs together since growing up in Los Angeles. Joined by drummer Nate Million, their "Fragile" single was released in 2015. The sisters returned to L.A. and continued the band from there.