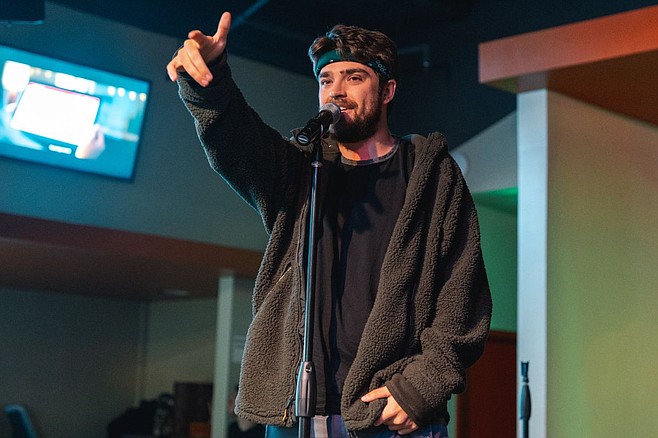 Finn McGrath, aka Finn McCool, is a hip-hop performer. Originally a drummer, McGrath took the name Finn McCool after his father's old band and began self-recording and releasing tracks on Soundcloud.

McCool signed with local Pacific Records in early 2019, soon releasing a single called “myroom” and another called “7six0”, along with a music video for the latter track that features fellow San Diego native Rossi Rock of the Tanboys (a crew assembled and led by Spanish Harlem’s Bodega Bamz).
The singles were followed by a full-length, Maslow’s.