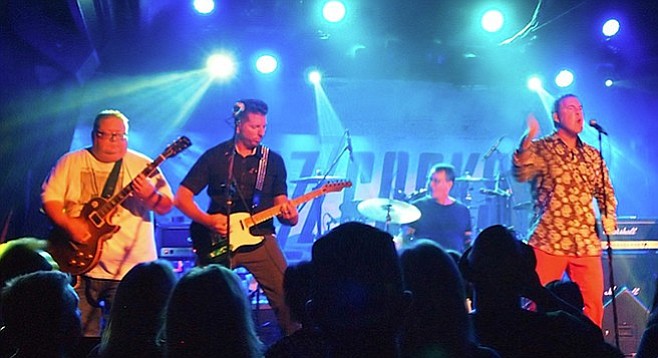 RIYL: The Zeros, Cardiac Kids, Dils, the Penetrators, the Misfits, the Gears, the Buzzcocks, Battalion of Saints, the Targets, the Standbys, Upbeats

The Executives began playing local punk clubs in the late 1970s, including the Skeleton Club, the Lions Club, the Zebra Club. They split in the early 1980s.

The Executives went on to do other occasional shows, often at the Belly Up (where bassist Chris Goldsmith has served as a talent buyer) like a January 2015 gig opening for the Buzzcocks and sharing a July 2015 bill with Stiff Little Fingers.