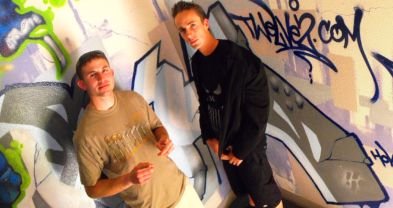 The hip-hop trio known as Even Keel includes Point Blank (aka Joel D. Mutch) and Forms One (Wiley Miranda). They began collaborating in 2005 and adopted the name the Even Keel in 2008. Now including singer-violinist Jessie Taylor, they're signed to Escondido-based Hatch It Records as of 2009.