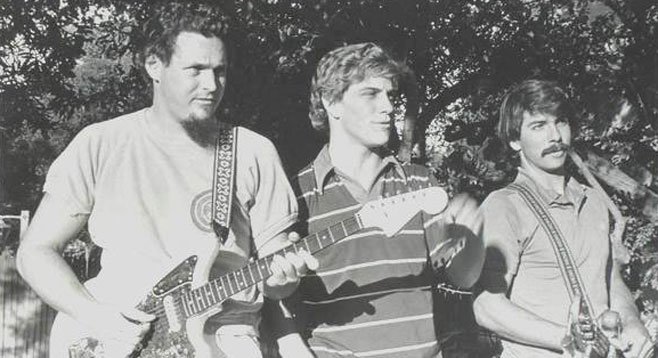 The Evasions were an early 1980s roots rock band featuring guitarist Skid Roper, along with drummer Tim Rutherford and bassist Dave Goodwin. For a time, guitarist Tim Griswold (twin brother of local player Tom Griswold) was also in the group.

They recorded demos around 1980 with Mark Neil at Chris Davies' Mission Beach home, but for the most part the band's music has gone uncirculated. A Son of Surf vinyl picture disc features art by concert poster legend Rick Griffin.