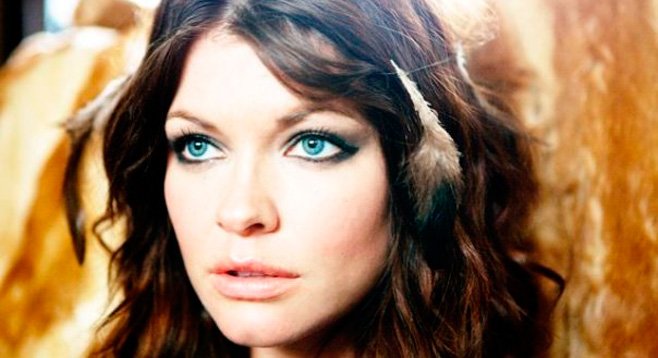 Texas-born Erin McCarley’s due-paying dayz were spent performing solo at local coffeehouses, most notably Lestat’s. A six-song demo landed the classically trained singer a showcase slot at the 2008 South by Southwest Festival, for a performance that resulted in several labels bidding for her recording contract.

Universal Republic released her debut album Love, Save the Empty in January 2009, booking her on a promotional marathon that included an appearance on the David Letterman show. The songs were written between 2003 and 2007, while she resided in Del Mar; the song “Bobble Head” was cowritten with local songsmith Greg Laswell.

McCarley’s songs have also been heard in Ghost Whisperer, One Tree Hill, Grey’s Anatomy, and the feature film He’s Just Not That Into You. Her first headlining tour began in September 2009.