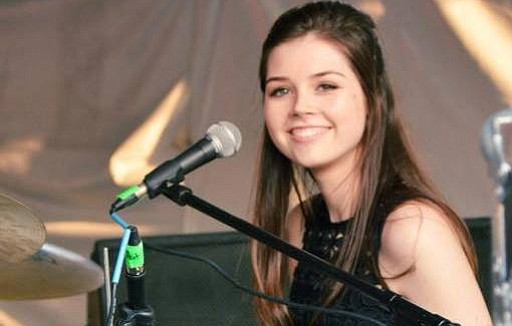 Elise Trouw was only sixteen in 2015 when she tied for second runner-up in the Hit Like a Girl contest, an international online competition for female drummers. She told the Reader that she credits the Bishop’s School and the School of Rock for her versatility. “I started playing keyboards at six, drums at ten, and guitar at 12. I have been doing the multi-instrumental thing out of necessity: early on I couldn’t afford to hire all these musicians to back me up so I just did it myself.”

She recorded her debut singles for Pacific Records in 2016, singing and playing all the instruments. Her album Unraveling was released in May 2017.

Trouw uploaded a pair of videos where she uses a looping device to play drums, bass, guitar, and keyboards, providing a music track as she sings a mashup of Police and Radiohead tunes and another that shows her grafting songs by Foo Fighters and Bobby Caldwell. After scoring over a million views each, she was invited to tape an appearance on Jimmy Kimmel's TV show that aired in February 2018.