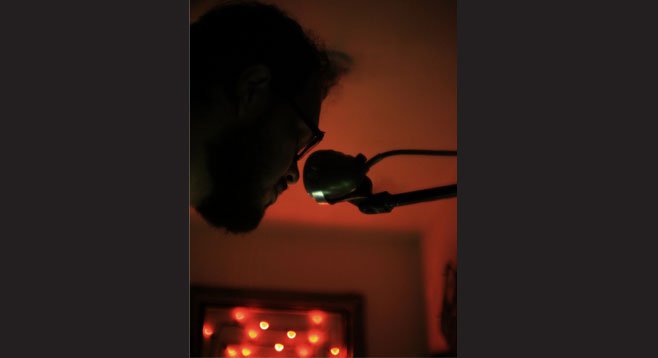 "This album was created at home with the aid of just a drum machine, a casio keyboard, and a digital recorder, for the most part," he says. "A friend of mine, Gerardo Grande, came up with the idea of a
soundtrack for a book he had just written, Canto de mi árbol en el incendio (uá-iá ií-á). I read it, we talked ideas, and by November 2012 the album was finished."