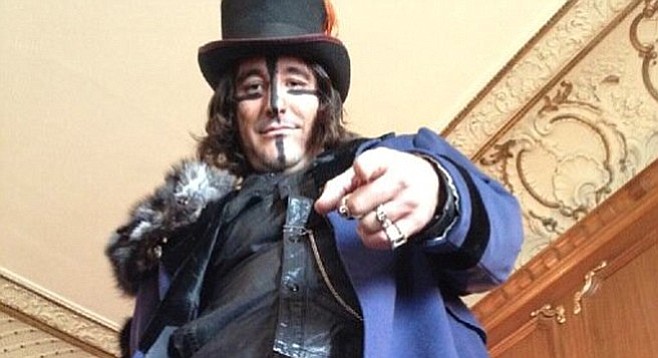 Elektric Voodoo is an Afrobeat-inspired project launched by Goddard College alum Scott Tournet, formerly the guitarist for Grace Potter and the Nocturnals, a band he spent nearly thirteen years with. Having moved to San Diego from Vermont in 2012, he first worked on solo releases like Ver La Luz, released in May 2013 and recorded and engineered by Mike Kamoo at his Earthling Studios in Chula Vista.

He tracked his first Elektric Voodoo numbers in late 2015 with Ben Moore (Styletones), drummer John Staten (Karl Denson, On the One), and percussionist Ty Kiernan (Bad Neighborz). The band played its first gig on March 9, 2016, at the Belly Up.

“The Nocturnals had their Rolling Stones-ish rock-and-roll sound, and we couldn’t explore many other avenues,” says Tournet, who studied jazz and Afrobeat in college. “Fela Kuti, I always loved that music.”