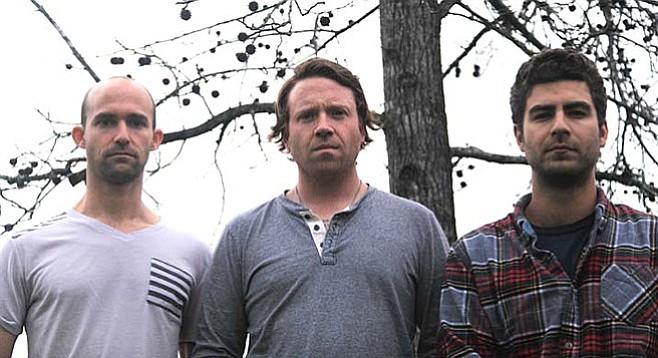 Based in Fallbrook, Electric Elms was founded by Nikola Pantic (SM Familia, King Schashca) and Ian Logue, who later recruited Brett Parkola. Their debut release "Peninsula" b/w "Out of My Mind/Rain in China" dropped in early 2017.