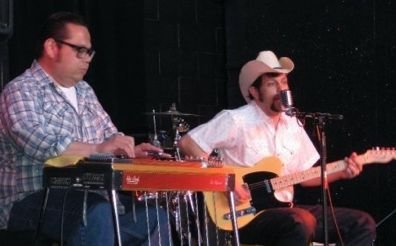 Influences: Merle Haggard, the Replacements, the Beat Farmers, the Paladins

El Monte Slim (named after a Cheech and Chong character), which calls itself a blue-collar country twang band, features Ian Trumbull and Joe Comacho. “Joe (Camacho) and I kept running into each other at the same shows and got to talking about putting a rootsy project together,” recalls Trumbell. “I’d been playing with a band called the Ghost Town Deputies and was looking for an outlet for some more stripped-down country-leaning tunes I’d been working on, and we got to hammering them out in Joe’s living room.”