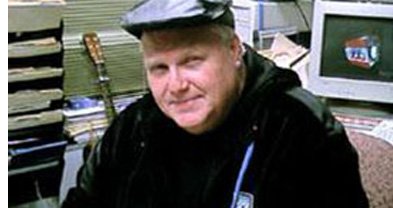 ”I’ve used portions of practically every paycheck to fund my artistic adventures,” says singer/songwriter Eddie Ray, whose day job at the Ramona Kmart is as sales team leader for the home electronics and entertainment department. “Much of my money goes towards gas or trolley rides to different venues, going to parties, or going to garages to hear other bands, or sometimes to audition or just jam with people. Other paychecks have gone toward purchasing an acoustic guitar, a harmonica, percussion instruments, a 4-track recorder, a CD burner, and an electric bass.” Ray recently used Kmart income to manufacture and market a line of local-inspired shirts.

“I took phrases my friends have coined and that I hear people saying around town, from City Heights to O.B., because I wanted [the shirt logos] to sound real instead of forced and made up,” he says. “The best sellers are shirts that say ‘Old School’ with a drawing of a cassette tape.” Currently available shirts at www.cafepress.com/americanretro feature logos like “I Make Beats in My Mom’s Garage,” “Life Sucks, Just Deal With It,” “I Make Movies, Wanna Star in One?,” “I Have a Famous STD,” and “There’s Only Writing on This Shirt So You Can Stare at My Body.”

Ray explains that some of the more esoteric logos refer to his favorite group, Hanson (of “MMMBop” fame-slash-notoriety). "My reason for getting into music was because of that band. The ‘Peace, Love and Bullet-Proof Marshmallows’ logo is an old saying that fans say to each other. ‘Just Pull the Pickle out of Your Booty’ is a line said by the middle brother in the Hanson documentary Strong Enough to Break’…I saw an advance screening in Tulsa, Oklahoma, when I went to a mass Hanson fan club meeting of more that 2000 thousand fans. More than 10,000 people turned out to see Hanson perform live that same night.”