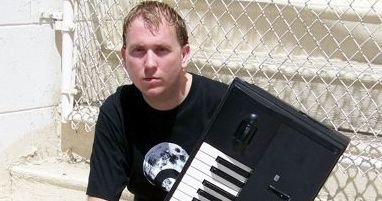 “I play acoustic rock with a twist of country and a dash of the blues,” says Eddie Jason Coven, who arrived in San Diego in 2004 after a two-year stint as a musician-for-hire throughout Northern California. He worked as a session keyboardist for fledgling hip-hop label FTS Productions and played in area groups such as Azariah’s Dream and A.D. Rox until departing in 2006 to pursue his own projects.

In 2007, Coven and Shaner began to collaborate on originals, which led to the forming of the Sandi Shaner Band with Paul Guggliotti and the Reverend Stickman. This later led to the 2008 release of Touch Me Again, with material from Azariah’s Dream and from Shaner’s personal catalog. Coven also joined the Reverend Stickman onstage a few times during 2007.

Around this time, Coven began playing guitar for solo performances, leaving the keyboard to collect dust for a while. The year 2008 also brought a collaboration with friends Harry and Nancy from Folding Mr. Lincoln, with Coven joining other local songwriters to record “All the Way to Redwood,” on Folding Mr. Lincoln’s album Within My Reach (nominated Best Americana at the 2009 SDMAs).

As of 2009, Coven works with Chris Leyva’s Black Cherry Music Group and plays keyboards in Presence of the Holy, a Led Zep tribute band. He also serves as vice president of the San Diego Songwriter’s Guild.

“The guild is a great organization that needs a little modernization,” says Coven. “As VP, I do anything and everything the board of directors and our members ask me to — from setting up, booking, and promoting showcases to overseeing guild songwriting contests.”

In summer 2014, he joined the seeming mass migration among local musicians to Los Angeles, before relocating to Washington the following year to pursue a degree at PLU while serving as Interim Organist at United Lutheran Church in south Tacoma.