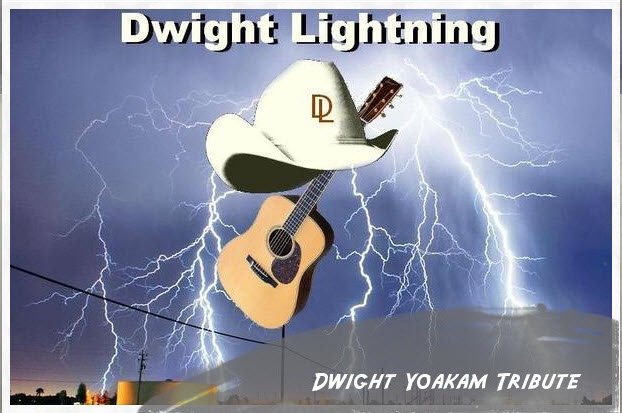 According to Les Allen, “I’ve been told over the years that I sound like Dwight. I’ve been trying to emulate him in my act with my country band, City Limits. We do, like, four or five Dwight Yoakam songs.” Being a big fan of Yoakam’s, Allen figures that there are more out there just like him and notes the popularity of tribute bands.

“The tribute thing is getting me more work here in San Diego than just the straight-up country variety thing.” Allen also plays guitar behind an Elvis impersonator. “I can stay busier doing the tribute thing.”

Here’s the thing about the real Dwight Yoakam: at first, Nashville hated his old-school Honky Tonk. He was considered a throwback to Buck Owens and Bakersfield and the whole West Coast country thing they had disowned years before. Nashville brass saw no dollar signs coming from anything Yoakam. Why? Because in the ‘80s, when he was new, pop country was the hot ticket as featured in Urban Cowboy.

The motion picture starred John Travolta and would inspire many a city dweller to invest in cowboy boots and hats and learn to dip snuff and love Bud longnecks and mechanical bull rides in the country dives that suddenly sprang up in strip malls across the country.

In San Diego, East County country western joints like Magnolia Mulvaney’s and Wrangler’s Roost and the Circle D experienced a re-birth in popularity what with the sudden and steady influx of, well, urban cowboys and girls who had seen the movie at least once and thereafter surrendered their Friday and Saturday nights to the two-step.

Yoakam himself moved to Los Angeles in the 1980s, and this is where his career took off, but not in any country music clubs. He stayed out of those and made his name instead in punk clubs by appearing on bills with X, the Blasters, Los Lobos, Husker Du, Black Flag, and more.

Naturally, the music industry confused him for a punk country band, many of which would arrive on the scene later. The Beat Farmers from El Cajon come to mind. But Yoakam was really just a straight-ahead West Coast country boy, and punk audiences loved his music for its hard edges and driving tempos and mean lyrics.

You could mosh to it. For a while, Yoakam bridged the gap between rock audiences and country audiences, and that was possibly the better part of the experience. For once, you didn’t have to wear Wranglers and spit in a cup to enjoy country music in public.

But a tough act to make tribute to, yes? Les Allen says that indeed, Dwight is tricky to copy – but only for some. “You’ve got your Tim McGraw [tributes,] you got your George Straits, and you’ve got great bands doing other country acts.”

Allen says the trademark Yoakam whine and the yodeling come naturally to him. “Maybe I’ve found a niche for myself. It comes full circle now. I was a total Dwight fan when Guitars, Cadillacs came out. It got me out of playing metal. I’m ready to take it to the next level.”