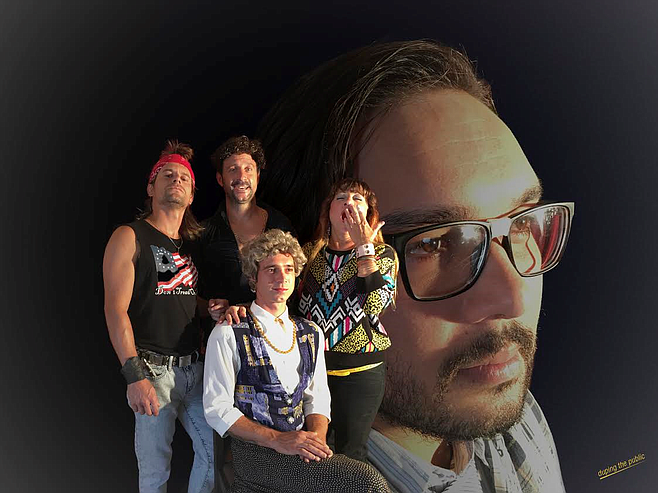 "Each member in the band comes from a pretty diverse background of musical tastes," says Walton, "from Sabbath to symphony, rock, blues and folk, bluegrass, psychedelia, and electronica, with the cultural influences of my Southern roots, Gerardo’s homeland of Uruguay and Danny’s of Argentina, sprinkled in for good measure. And somewhere in the middle of all that exists this simple, shared thread that just brings it all together into something all its own."

Asked to describe their music, Walton says "I’ve always had a difficult time answering the question 'What kind of music do you play?' because the only honest answer I can come up with is 'Good.' It’s not that I’m trying to be clever or a smartass. It’s just that, if I could that easily box my expressions into a neat predefined taxonomy, I would probably be bored already. In which case I would have to change my answer to 'Bad.'"

The band concentrated on concerts and writing over the next three years, finally releasing a new single in 2015 called "Cold Sweet," recorded with Chris Hoffee at Chaos Recorders. The following September saw the release of their track "Tesla," recorded with Mike Kamoo.

“I’m a huge geek and closet philosopher with an unhealthy appetite for all things physics,” says Walton. “The song has to do with material existence, creation, and my own instinctual theory that what Tesla was really onto was what astronomers are only now beginning to understand about the true nature of comets versus the Akashic Field, and Zero Point’s relation to our current understanding of black holes.”

Walton says the song "was written in about three minutes, in a typical stream of consciousness outpouring, following one of my also-typical rabbit hole discovery marathons on Tesla the man, the Akashic Field, Zero Point, Higgs Field Theory, and various patterns of correlation between sound and color that I discovered along the way."

The result is a dense, orchestral, and nearly psychedelic song more akin to space rock bands like Pink Floyd and Gong than anything on their debut EP. "I don’t really feel any need to express any intended meaning on anyone listening. I would rather just leave it up to a person's individual interpretation, and only then if they happen to be the type of human that listens to the music as well as the poetry of the words within it. Because, like two good clauses in any great sentence, each should stand on its own merits anyway. The words and the music, that is."

"I think genres of listeners are just as varied as genres of music, really. Some are driven and motivated by bass rhythm, some by song meaning, some by melody, some by aural emotion. I think the Music Genome Project was the first to really get this, and that movement brings me great joy."

Video documentaries were created about the recording of both "Cold Sweet" and "Tesla," featuring "songumentary" spotlights of each producer and studio.