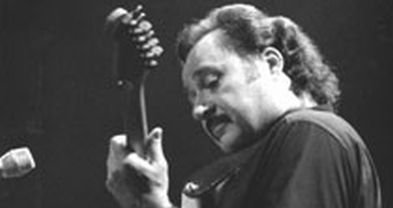 Anyone who loves great guitar music should repeat his name – chant it if necessary – until it comes naturally to the mind and lips whenever talk turns to "originality" and "innovation." Auten is that rare guitarist who contributes new forms of expression to the guitar language and who forces his audience to listen to this ancient art form in a new way.

Fueled by a restless and ambitious artistry, Auten's career is gaining that certain momentum reserved for players of destiny. Although he has pursued the "guitar muse" since childhood and boasts an extensive and impressive portfolio of professional credits, it is only in the last couple of years that Auten's playing has begun to tap the public consciousness.

Like an old-style traveling preacher, Auten has won converts a handful at a time, both with his bold, resourceful playing and with original compositions that form a seamless quilt of musical idioms. Blues, R&B, country, folk, pop, classical, jazz, Celtic, and Asian modes – Auten steeps them all in Southern comfort and stitches them together with the Kentucky-fried pickin' he learned from members of his very musical clan.

"My family is from Russellville, Kentucky. My grandpa was known for his 'thump' style of guitar playing, but he never recorded anything. Each of my uncles inspired me in a different way. My Uncle Sam lost his thumb when he was a little boy, so he had a very specific influence on my style. 'Donnie,' he'd say, 'you have a thumb – use it!' My Uncle Donald left his guitar at my house so that I'd have something to practice on. My Uncle Ray was a lead guitarist, and he taught me some cool licks."

Skills learned at home formed the foundation of a talent that young Auten further developed as an electric and acoustic guitarist and banjo player in several famous and infamous rock, pop, and country bands of the '60s and '70s. Before long, he was writing and recording new music and performing as a solo act in concert halls, clubs, and coffeehouses all over San Diego. People began to notice, and word of Auten's talent began to spread, attracting the attention of national magazines in the process. Auten, apparently, had found his niche.

"I'd always been one among many, playing fills and background stuff as a member of a band. But when I started performing solo, I turned a lot of heads in a way I'd never done before, so I stayed with it. After all these years, I'm finally doing exactly what I need to do. Solo guitar is a perfect medium for my self-expression and a great outlet for all this creative energy."

As if his guitar playing weren't enough for one human being, Auten also is an exceptional singer. Indeed, fans of his guitar work are blown away when they hear his voice. He seems to blend the emotional delivery and sensitive phrasing of Kenny Loggins with the dulcet Dixie tenor of Vince Gill.

D.R. Auten is a complete package: a guitarist, vocalist, songwriter-composer, performer, and recording artist whose spark of originality is beginning to set some brush fires in the music world. Someday soon, everyone will be feeling the heat.