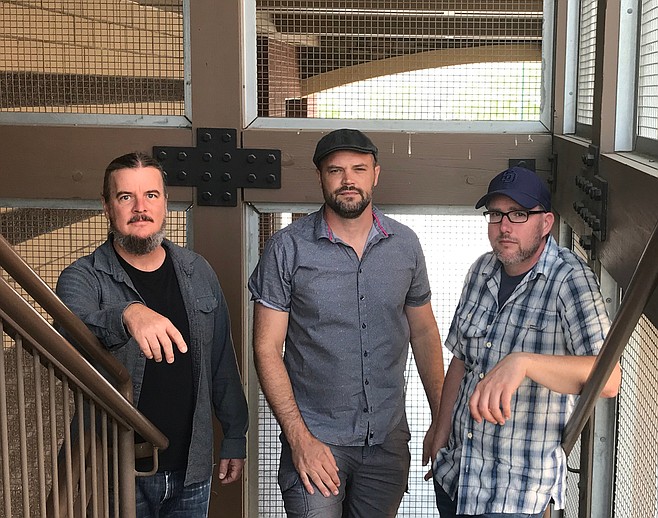 The Donnis Trio got its start playing local coffeehouses. Singer/guitarist Nate Donnis, upright bassist Denis Sluka, and drummer Phil Woodring came together in 2005, when the trio met for the first
time after Nate and Denis auditioned Phil on drums at Nate's apartment in Encinitas. In 2006, the band began playing shows in various San Diego venues which prompted them to investigate options for recording. The band settled on renting a desert house for a week and bringing out Phil's (somewhat mobile) studio. They ended up rigging up the guest house as the live tracking room and the house for the mixing/monitoring.

Despite their intentions only a few tracks made it to the final album from these sessions and the rest were re-recorded in various bedrooms/closets. They released their first album All Directions on Shady Tree Records and did some small short tours up the CA coast. The CD received favorable reviews and later found its way into the popular British TV series Skins. A growing fanbase on Pandora (over 1 million plays a year) helped the songs "Tip of the Tongue" and "Pills and Coffee" gain momentum. The band's music later found its way to season premiere of the TV show Breaking Amish as well an episode of 90210.

Their song “No Other Place” was given honorable mention in the International Acoustic Music Awards in 2005, and they were awarded first place in the San Diego Songwriter's Guild contest by a panel of music industry professionals including Brian Rawlings (VP Disney Music), Christopher Brooks (L.A. film score producer), and local radio DJs from San Diego.

In April 2013, the band released the Cole Pond EP, a folk-driven project. A collection of Nate's childhood memories in Vermont and upstate New York, the songs capture moments of peace and melancholy over an acoustic background. This recording again is produced by the band's drummer Phil Woodring who adds a number of instruments (most notably piano). The band was also joined by Marta Zaludova on violin and viola for two tracks. Their album Chroma was released in March 2014.