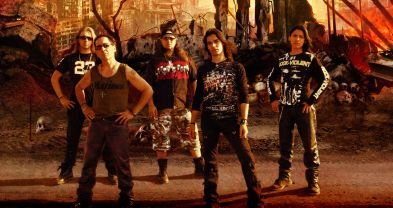 In early 2007, former Dream Theater singer Charlie Dominici moved from La Mesa to Hungary in order to be closer to his band, Dominici, who all live in Sardegna, Italy. "I found this band on an island off the coast of Italy," he says. "They don't even speak English, but I flew over there to record, and we just let the music do the talking."

The band Dominici made its concert debut June 5, 2007, opening for Dream Theater in Linz, Austria, before an estimated 20,000 people, as well as opening DT dates in Hungary and Croatia. "I wanted to get some opening gigs [with Dream Theater], and I talk to Mike [Portnoy, drummer] all the time, but I didn't want to approach him personally and have him feel obligated and under pressure. But then I talked to Mike and the booking agent, and they offered us the slots." The band is currently recording and touring overseas.

Dominici has resided in San Diego at various times. "It's very rustic and kind of like an old classic western." Dominici joined Dream Theater in November 1987, co-writing seven of the eight songs on the band's debut album When Dream and Day Unite. He was booted in 1989 and replaced by Kevin James LaBrie, reportedly because of "personality conflicts," and spent the next 15 years as a "virtual recluse" (his description). "I needed to get some financial stability and also wanted to return to music only when it felt good again."

As of late 2008, Charlie Dominici is living in San Diego again.