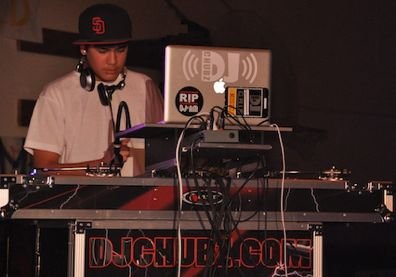 DJ Chubz was born in late 1995. He first became interested in DJing when his father took him to a Guitar Center DJ competition in 2006. A year later, he got his first set of turntables. He has been working hard at learning from the pros, namely Trackstar out of St. Louis and Antonio Aguilera of San Diego Mixmaster. He got his first break at the Santee Teen Center doing their monthly dances.