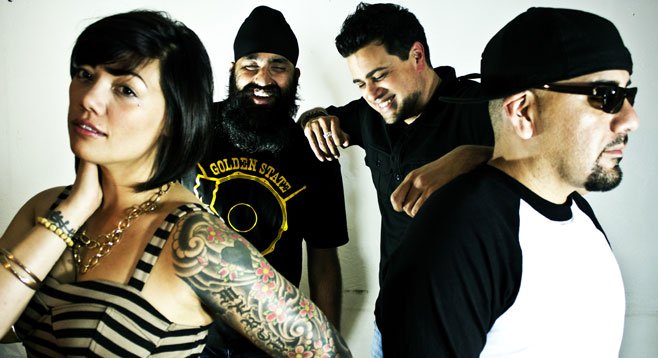 Based in Logan Heights and North Park, Diego Brown Project says they approach hip-hop as an artform. “The group uses hip-hop as a soundtrack to support the visual art that the group creates. Music, video, film, physical and performance art, intertwined and presented as a single anthropological idea.”

(Mr)Arash and C-Rey first met when (Mr)Arash joined a multicultural fraternity that C-Rey had founded while in college. The roster was later expanded with vocalist/artist Kat Scott. As the hosts of the Crappy Awesome Podcast, “The guys are able to consistently research the human condition through the show’s guests and topics.”

A full-length called the Audacity was released in 2013.