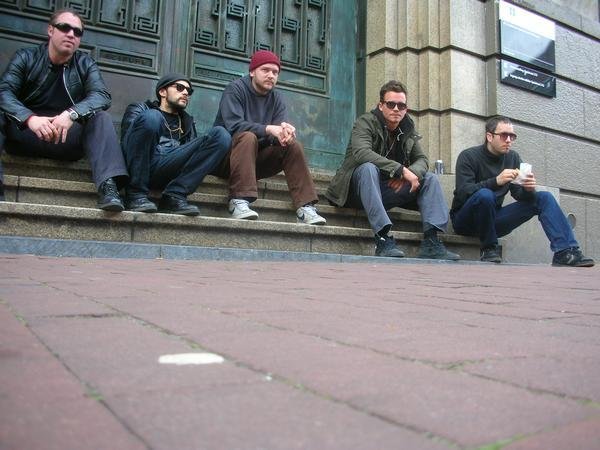 At Die Princess Die's 2006 South by Southwest performance, vocalist Pete Chekvala threw his guitar into a wall, picked the guitar up, threw it at another wall, and then dove into his band's rhythm section.

"Any band that plans to get up onstage and destroy shit should take it a step further and destroy themselves," Chekvala says.

"A man has many demons he keeps at bay throughout the course of a day/week/month/year," Chekvala says, "but there are times when the demons find their way out. Punk rock is one of those highways by which the demons travel.... There was a time when Danny threw his drums at Bryce and sent him to the emergency room for head stapling. The other band members never asked why he did that because we all understand."

Harmon adds, "Some of our best/worst (take your pick) episodes have taken place down at Scolari's [in North Park], where late-night sets end in a sea of kids rolling around in broken glass. They don't seem to mind."