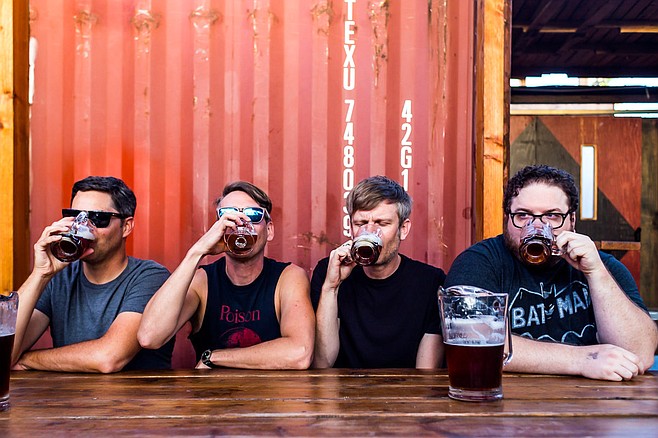 Diamond Lakes featured Matthew Bradley (whose paintings have graced many album covers and public displays) and David Macadam, originally backed by other players until joined by a duo playing in Boy King at the time, Dustin Lothspeich (Old Tiger) and Adam Eidson (Of Sons and Ghosts), with Lothspeich now trying his hand as a bass player. They recorded their Modern Horrors EP in 2014 at Chaos Recorders with Christopher Hoffee.

A five-song EP called Anti-Gravity was recorded in early 2017, again with producer Hoffee. When lead singer Matthew Bradley announced his plan to relocate in order to take a job in Santa Fe, New Mexico, the band played its final show that December at the Merrow.