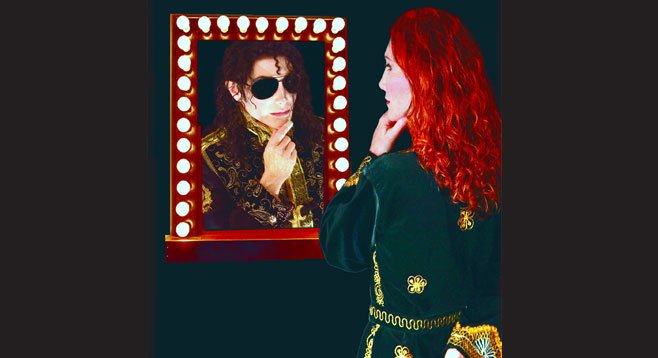 Local Michael Jackson impersonator Devra Gregory’s profile on the Gig Salad website reads “Dev was Michael Jackson’s dance double on E! TV’s True Hollywood Stories…Now, with passing of the greatest performer of all time, Dev brings Michael back to life.” Her performance fees run from $500 to $2,000.

Says the self-described Wiccan, “I will travel anywhere overseas for a minimum of $2000.” Her one-woman stage show Woman in the Mirror, A Dancer’s Journey debuted in May, 2012, at downtown's 10th Avenue Theatre.