Their debut single “Burning Temples” was released in January 2014, followed by their full-length self-titled debut. The album was reissued on vinyl in December 2015 by Ripple Music (U.S.) and HeviSike Records (UK).

In 2017, they released a split single via Ripple Records with Chiefs. 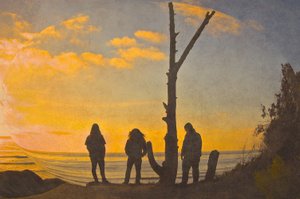