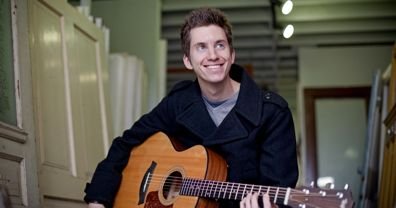 On the local scene since the late '90s, Derren Raser fronted the Derren Raser Band, which enjoyed a Monday night residency at the Bayou Bar and Grille in the Gaslamp from 2002 to 2004. In 2005, the Raser Band worked with Greg Laswell to release an album, King of I’ll Tell You Next Week.

In 2008, Raser won a Hollywood Music Award for Best Male Vocalist, and his song “Fill Me Up” was nominated for a 2009 Hollywood Music in Media award. He and his wife Lisa also run a photography studio.

While touring in summer 2010, Raser opened for John Mayer in Cleveland, and for Hanson in St. Louis. Around the same time, he and his wife moved to St. Louis, with plans to still play San Diego on occasion. He returned January 5, 2011, for a Belly Up show with Michael Tiernan and Justin Froese also on the bill.

Raser moved back to San Diego in 2016, debuting his EP The Retelling that September.