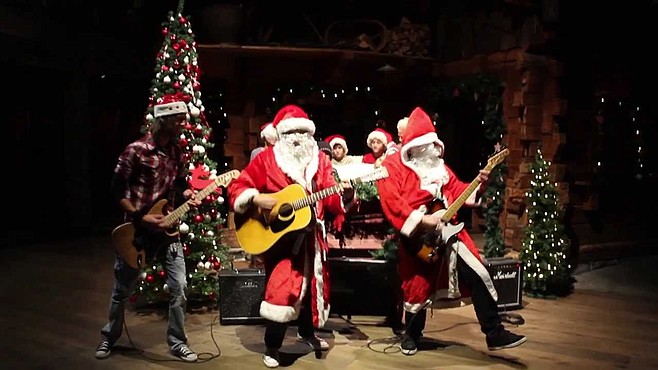 "Department Store Santas was the name I used for my recording projects at the time," says singer/guitarist Joseph D'Angelo (Guy Good and the Decentones, Friends of Ghosts, Ranch 2). "Medieval Castle was recorded 1981 - 1982 on various reel-to-reel and/or cassette decks and pressed 500 copies in 1984."

D'Angelo was backed on the record by brothers Bart Alan Brashers and Erik Ross Brashers, as well as Todd Hilton and Matt Metzgar. All but Hilton later played together in Guy Good and the Decentones, whose album There Are No Clean People was released in 1985.

Another local DIY band self-recording their releases, Friends of Ghosts, was fronted by Donnie Darq in the mid-1980s, with Joseph D'Angelo often on bass.