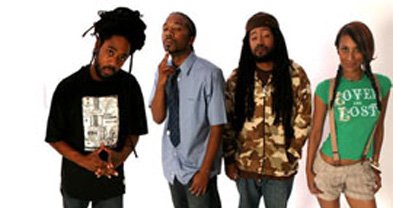 Deep Rooted formed in the late nineties, starting as a hip-hop band and later adding dancers, guest MCs, and a more theatrical rock-style stage show. Their debut album earned a San Diego Music Award in 2005, as did their second album The Second Coming in 2006. Their 2009 album is self-titled, with punctuation, ie D.E.E.P.R.O.O.T.E.D. - it won Best Hip-Hop Album at the 2009 SDMAs. The band itself won Best Hip-Hop at the 2010 SDMAs.

Lead MCs Johaz and Brandon Crowell (aka Mr. Brady) have deep voices and can keep up fast-paced raps. The background music has the clear, crisp melodies of soulful New York-style hip-hop of the early '90s. Singer Brea has a lilting voice that harmonizes well with the music and is a good counterpoint to the gruff rappers.