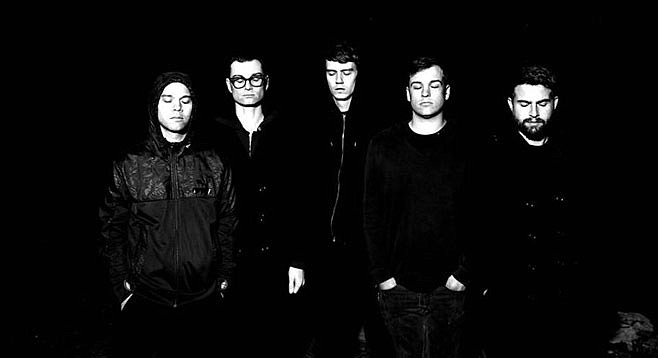 In 2009, Milgaten and Scott transformed their Normal Height home into a house party venue they called the Boat House. In September 2010, they won Best Alternative at the San Diego Music Awards.

As of 2011, the band included Jeremy Scott (who switched from drums to guitar), Garrett Prange, Wheeler, Milgaten, and Dave Mead. They’re being booked locally and for tours by Tom Windish at Chicago’s Windish Agency, which also works with Deerhunter, Girl Talk, and Animal Collective.

On October 18, 2011, they played four shows at the annual CMJ music fest in NYC, with a set at Pianos on the Lower East Side that earned a rave from the New York Times. They also recorded two live in-studio sessions (one for the Daytrotter website) and performed a Windish Agency showcase at Mercury Lounge during the festival. The Daytrotter session included Woman tracks “Slut Barf,” “Jesus Flag American Fish,” “Just Ride It,” and “Possessed by a Corpse.”

In Autumn 2012, a video for their song “Shanghaied” (the B-side of their then-new 7-inch) was described by Spinner.com as being “like a children’s book written by Timothy Leary.” A tour with L.A.’s Incan Abraham kicked off January 25, 2013 at the Soda Bar, wrapping up February 9 in L.A.

The group's farewell show as Cuckoo Chaos happened December 28, 2013, at the Soda Bar, though members said they would launch a new band project the following year, with a new sound and songs. On February 28, 2014, the group - now known as Deadphones - made their live debut at the Soda Bar.

According to the group, "In the black water that flows between illumination, Deadphones swim. Catching a quivering string of thought, and pulling sound from the spirit that moves us. We hold onto sand, we hold onto wind, we unfold into each moment with a question. A creature without form, without eyes, left with a language we neither understand nor even knew existed."

"The music we create manifests itself through us as we swallow it and follow on into the future where the present can only be explained through a synthesis of what has passed and all that will come to pass. Whether alone or together, in this singularity we find truth, and in that truth we find solace. Listen, there are other worlds than these; and of those tangible to you - what you see, simply isn't there."

Milgaten has also played with the Paddle Boat, as well as playing bass for former Wild Weekend vocalist and guitarist Maren Parusel. “I can’t help it. I have a hard time turning things down. Plus, I really wouldn’t know what to do with myself if I wasn’t doing this.”

In October 2014, on Halloween, the band debuted a new video for “On Being Psycho,” directed by band members Jackson Milgaten and Jeremy Scott. The following year saw a video produced for “MCBM” directed by Milgaten's alter ego “Keith Sweaty.”