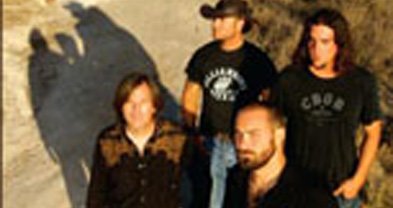 The band released Days Gone -- produced by Jeff Berkley -- on March 22, 2007. The release party at the Belly Up Tavern featured cameo performances by Marc Ford (formerly of the Black Crowes and Ben Harper) and the Innocent Criminals, Cathryn Beeks, Barbara Nesbitt, Jeff Berkley, and John McBride.

Mike Spurgat, guitarist/vocalist: "I grew up in St. Joseph, Missouri, where I started playing classical guitar at the age of nine." Spurgat moved to LA to study music at USC, where he met bandmate Jimmy Diez. The two of them graduated and moved to San Diego to form Deadline Friday.

According to the May 2009 issue of local music 'zine FYI, Deadline Friday is making an impact in Germany. One of their songs, “Part Of We” was included on a compilation from distributor Just for Kicks. The band is getting good reviews, though they can’t read them. “Most of the reviews have been in German so we're not sure exactly what they say, but all the important words are in English. For example, ‘Hard Rock’, ‘Play Loud,’ ‘Pink Floyd,’ ‘Heavy Rocker,’ so I'm assuming they're complimentary. We're pretty excited with the interest in Germany, although we've never traveled outside San Diego.”