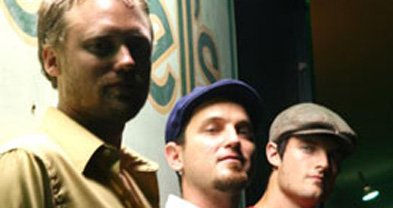 DB3 features Neil MacPherson, keyboardist for Tubby, Mike Cannon, drummer for the B-Side Players, and Charlie Reid on bass. The hard-hitting, high-energy instrumental funk trio is one of the few groups around to employ an actual B3. Keyboardist Neil MacPherson says “it’s a pain to load in and out, but a real B3 adds so much to the sound and energy of a group like this, no synth can beat it.”

Neil MacPherson has been associated with numerous projects during his years in San Diego, including Opposition Party, Bishop Wells, Deadline Friday, In the Note, The Shamey Jays, Stepping Feet, The Fall Guys, The Wild Truth and The Riders. He is best known for his 6-year tenure with Tubby, during which the band won the Worldfolk National Battle of the Bands in Las Vegas, NV (2006) and placed in the top 8 on NBC’s Star Tomorrow program, beating out over 1000 bands in a month-long online contest. He has played with Marc Ford (formerly of the Black Crowes) and John Popper (Blues Traveler).