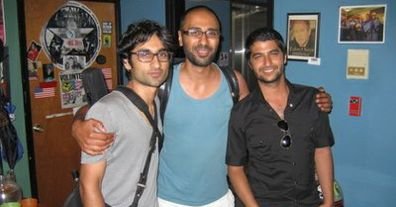 Israni was born in India but raised in San Diego, where he studied music at UCSD. Their debut album First was released in early 2010.

The improv jazz trio were awarded a 2011 Chamber Music America Presenting Jazz Grant to produce new recordings. Israni and Naqvi also play in a rock band called Recorder. A European tour opened April 16, 2011, in Austria, after which their new live album was made available for free online.