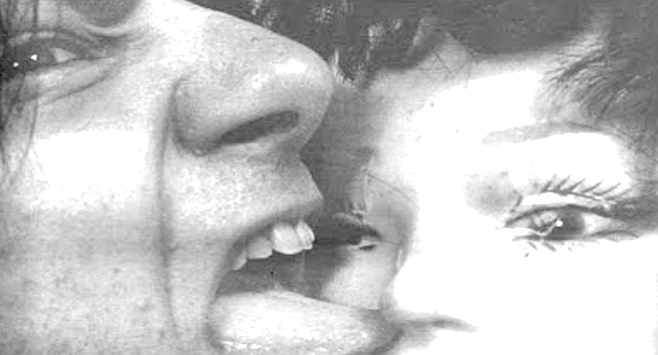 Dahmer’s Diner was a 1990s punk band formed in Santee by several graduates of Santana High School, including twin brothers Jeffrey Quentin (bass) and Sam Quentin (vocals, lyrics). Their headquarters was around the corner from a Circle K along Shadowhill Road in Santee, where guitarist Peter Small lived and stored his comic book and pornography collection. A seven-song demo cassette, Overlord, was released in 1993, featuring original tunes and a cover version of the Venom track “Countess Bathory.”

Known for songs like “Rodney King Pinata,” a puckish reggae satire, their rowdy antics at various clubs around town (like setting both instruments and themselves on fire, onstage and off) caused them to be banned from places like the Spirit Club, though Soma owner Len Paul was almost always willing to lend them a stage to tear up.

Most of their problems began with their name, as Small told the Reader in 1993. “We’ve had some problems with lawyers that represent Dahmer’s victim’s families. Apparently, they filed suit against the Jeffrey Dahmer movie and some comic books. Not against us, so far. I just think that’s fucking great, man. These lawsuits have sold so much of what they are suing against. It’s not like we’re riding on the Dahmer thing. We’re not trying to get banned.”

“Just our name itself cannot be used on radio or MTV, so we don’t expect a record deal. We’d never change anything, even though there is no record company in San Diego, for sure, that would put our record out. We’ve been contacted by some big labels [RCA], and that’s fine, but they’ll want big changes, so fuck that.”

Drummer Corn Alias once told the San Diego free fanzine 360 “You see, the Dahmer’s theme is due to our lack of sex. We think of different evil ways of performing it.”