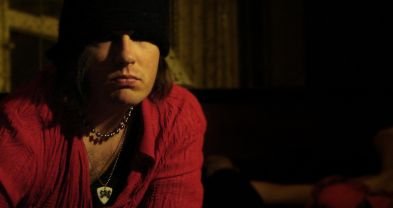 Cyanide Vogue is a rock band from San Diego that is working to redefine people's view of how rock and roll is played. In a music culture where emo, screamo, punk, reggae, ska, and metal are commonplace, people are hungry to hear something fresh and different. Mixing hard rock, rockabilly, a little bit of glam, and a dash of industrial, Cyanide Vogue is atypical in the San Diego music scene.

Founding members Nate Alan and Johnny Hull have a history rooted in a band they played for earlier in their careers. Over their years working together, they have formed a strong musical chemistry. Together they create the rock ethic that Cyanide Vogue conveys in their music. Nate plays experimental rock guitar while Johnny thunders away on the drums.

At the beginning of 2008, San Diego music scene veteran Chris Stead joined the group on bass. Chris brings new ideas stemming from the alternative and industrial genres. Adding a strong rhythm and harmonies to complement the musical styling of Alan and Hull, the band has taken a new and more intricate direction.