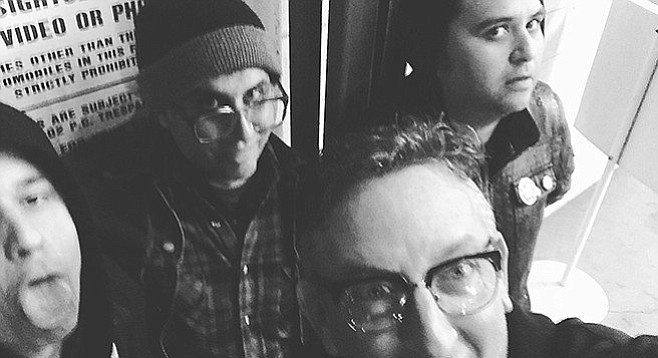 Cruz Radical features former Bumbklaatt singer/guitarist Fernando, aka Cruz Radical, alongside drummer Patrick Murray (Vena Cava), bassist Tom Kitsos (Night Marchers), and guitarist Tito Dacal (the Crumbs).
“Like Bumbklaat, half our songs are in Spanish and half are in English,” Cruz says. The project coalesced in 2016 when Cruz started performing solo songs about border struggles.