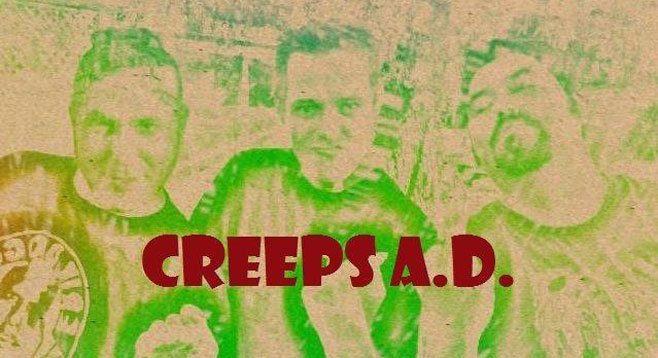 Punk-psychobilly-surf rock metalheads Creeps A.D. were known as the Creeps in late 1990s. The current renamed incarnation came back together in late 2012, when Jeffrey Creep (guitar/vox) and Dan Skum (drums) got together to record old lost tracks for a benefit album.

“Most of the bands on the benefit album had tracks to submit, but the Creeps had spaced any historical proof of their existence,” says Creep. “In order to produce even just one song, the original lineup had to reassemble.” Creep and Skum began to practice old material for the record, as well as working on new tracks, now augmented by bassist Lobo.