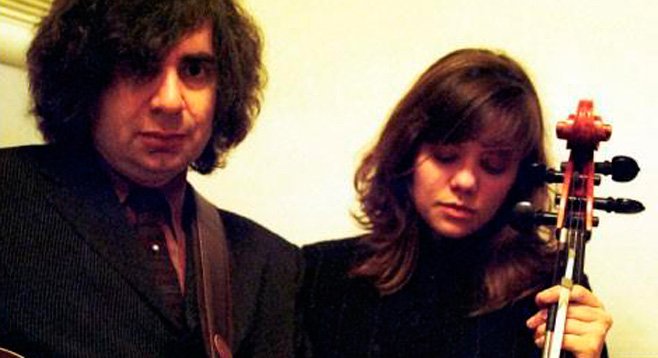 The Comeuppance is a chamber pop group featuring garage band vet Dave Fleminger and San Franciscan cellist/bassist Heather Vorwerck, whose performing career got off to a rocky start.

“When I was about seventeen yrs old I was playing a Southern Baptist show of some sort, a live local TV broadcast near Columbus, GA. As I was sitting on stage in the backing orchestra, I accidentally kicked a plug out of a floor socket, killing the mic and several stage lights as a woman was testifying to the Lord. My stand partner was crying, trying not to laugh as I scrambled on the floor, nearly in the dark trying to get it all plugged back in. Whoops!”

The first official Comeuppance performance in San Diego was July 30, 2010, as part of the Che Underground Rock-n-Roll Weekend.