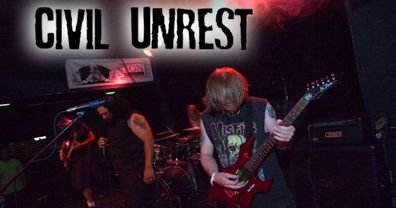 RIYL: Sepultura, Pantera, Fear Factory, Black Dahlia Murder, Between the Buried and Me, Parade of Horribles

Civil Unrest are drawn to the raw power of punk rock and the musicality and aggression of heavy metal. First entering the studio in the late ‘90s to record demos, they released a single, “Threnody” (2000), and the Hobart Trax EP (2002) before taking an extended hiatus in 2004.

The band regrouped in 2009 and released their first full-length album, Ravaging the Purity. Bassist-singer Jason York co-founded Parade of Horribles in 2017.