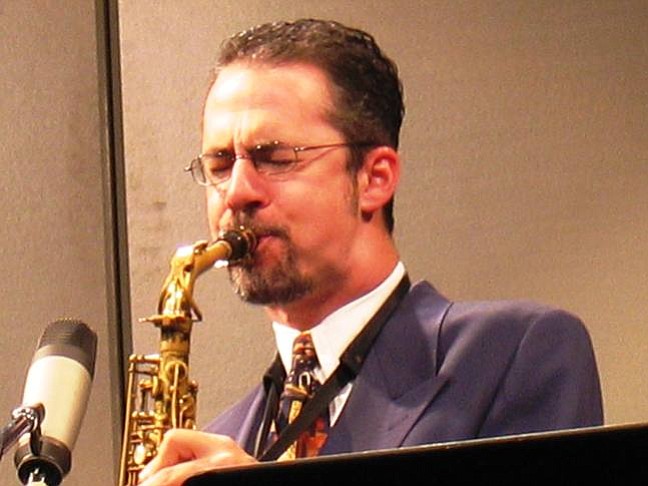 Christopher Hollyday's debut album Treaty was recorded when he was only 14. In 1988, at the age of 16, Christopher Hollyday became the youngest person at that time to play the Village Vanguard in New York. The following year, he toured with Maynard Ferguson. He booked his own quartet all around the world, and he recorded albums for RCA/Novus.

He earned a Master's degree at SDSU, later teaching music at Orange Glen High School and Valley Center High School. He taught band in North County until quitting around 2013 to get back into performing and recording full time. His first album in over 25 years, Telepathy, was released in late 2018.