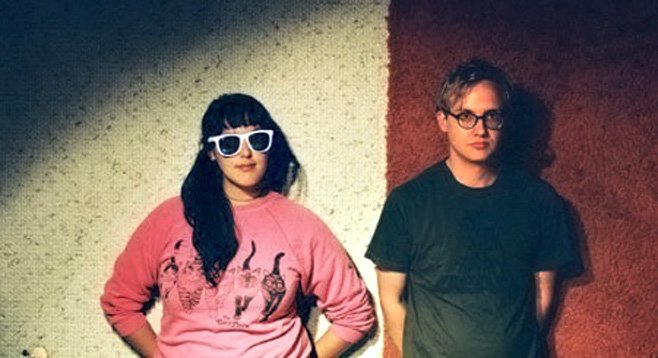 Christmas Island was formed in August 2007. “Lucy [Wehrly] and I had already been dating awhile when we decided to play music together and record some songs,” says Brian Island.

Brian says, “We played our first show as a two-piece in April ’08. In June, we tapped our good friend Craig [Oliver] to play guitar and keyboards to help fill in our live sound.”

“Our first show out of town, someone broke into our truck,” says Lucy Wehryl. “Nothing major was stolen, but we didn’t have a driver’s-side window the rest of the tour.”

As for the band’s name, “I stumbled across it somewhere,” says Brian, “and I liked it because it sounded like a magical place…there’s actually two Christmas Islands. There’s the one off the coast of Australia, and there’s one in the Pacific Ocean that also goes by the name Kiritimati and is the world’s largest atoll. The British tested nukes there in the ’50s and ’60s. That pretty much clinched the band name for me. I liked how a place so innocent sounding could have a darker side. I relate that to our music in some ways.”

That’s the extent of the Christmas connection. “We do not play holiday music,” says Brian. The band’s self-titled debut was released on the In the Red label (Jay Reatard, Vivian Girls, etc.).