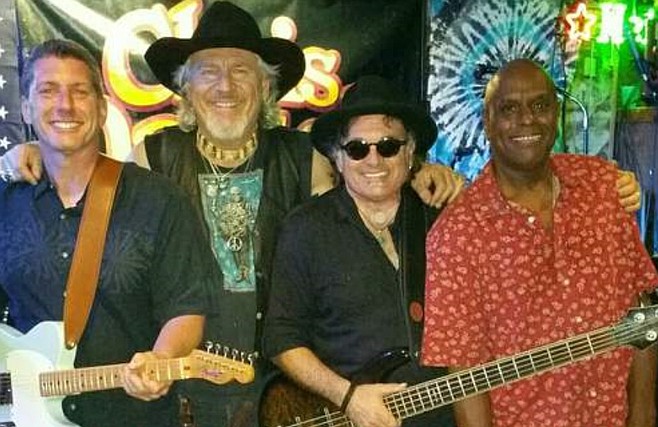 The Chris Daniels Project is a classic rock and country band fronted by Mission Hills native Chris Daniels (Doc Howard & the Fine). Known by fans as CDP, the group has opened for Eddie Money at the Coach House, as well as opening for the Marshall Tucker Band, Lukas Nelson, Leon Russell, the Tubes, and more. Daniels also played in a Bob Seger tribute band, Turn the Page, fronted by Sam Morrison.

“I’ve been playing music for almost 50 years, constantly. Been around the world three times, toured with country bands and cover bands, done USO shows after 9/11 with Clint Black and Toby Keith. For someone most people have never heard of, I’ve had a lot of opportunities...I’ve had two jobs in my life, and my second job, for a communications company, I’ve been there for 30 years next year. My music job, I was on the road for 17 years — I did nothing but music for that whole time.”