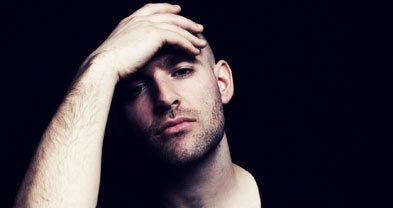 Chris Biggin, frontman for London-based This Life Scandal, first visited San Diego in summer 2009, playing impromptu gigs at Lestat’s and Christopher Dale’s Handlery Hotel Pool Party. The following year, he and his wife moved to a new home in the Gaslamp Quarter. The other three members of his band remain in the U.K.

Though his band is experiencing success at home and many musicians would give their right arm to have their band located in London, Biggin sees things differently. “The brutal truth is it’s a bit dead there now,” he said. “London is hard. It’s totally saturated with artists, but there is very little audience...just a revolving door of young bands who end up doing all the promoting the club should be doing.”

Biggin had visited San Diego several times. He liked what he found, considering Lestat’s his favorite local venue, so far. “The intimacy of that place is awesome, and they have always been welcoming. The sound there is great, and you feel you’re up close and personal. I love that.

“You can set up and make noise anywhere,” he remarked. “But I believe the music scene here in San Diego is much more the scene This Life Scandal want to be in. I’ve been to gigs and have been wowed by the talent.” He mentions singer-songwriters Erin McLaughlin and Barry Scott (who he heard at the Stage and Lestat’s, respectively) as two artists who have impressed him. “I’m still exploring all the venues and possibilities here,” he said. “But I haven’t been disappointed yet.”

Biggin notes another reason for being pleased with his relocation Stateside. “Moving from the gray, rainy days of London to the sun and sea of Southern California has been magnificent, but the food is also outrageously brilliant. I’ve been bringing Tapatio [hot sauce] in my suitcase back to London from the U.S. for a long time, so just having it on the table when ordering food has been a dream.”