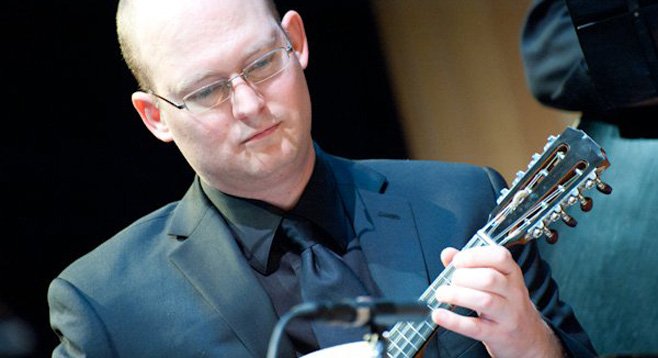 Chris Acquavella studied classical mandolin at Trinity College of Music in London, graduating with First Class Honors. He won the Wolfsan Foundation Music Award in 2004 and was awarded the TCM Trust Silver Medal for String Studies in 2006.

He has performed at major venues across the UK, Europe, and America, both in a solo and chamber music capacity. As of 2010, he plays with guitarist Nathan Jarrell in Duo LaRè, a chamber music project blending classical and jazz sensibilities. He’s also a guitar and mandolin instructor at Old Time Music in San Diego and at the Buffalo Brothers music shop in Carlsbad.

In late 2011, Water Village Records released his full-length Praeludium (Latin for prelude), a solo mandolin album containing works from the Baroque to the contemporary period, not all of them actually composed for his instrument, which, as one might deduce, does not have a wealth of available repertoire.