Chet and the Committee 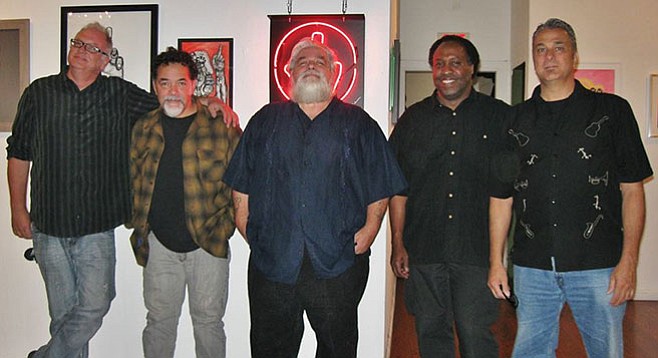 RIYL: Billy Watson, the Paladins, Stevie and the Hi-Staxx

Chet & the Committee frontman Chet Cannon is a self-described “terminal blues fan” who once attended 26 blues concerts in 29 days.

“We’ve been playing the blues as the Committee around San Diego since the summer of 2001,” says Cannon. “I’m happy to say we’ve had the opportunity to share a stage with some very talented musicians, opening for Candye Kane, John Hammond, Rod Piazza and the Mighty Flyers, Chris Cain, Little Charlie and the Nightcats, Maria Muldaur, Magic Slim's Teardrops, and others.

The band’s Don’t Get Me Started! CD was SDMA-nominated in 2006 for Best Blues Album. They released their album For Love or Money (Big Blue World Productions) in 2014.