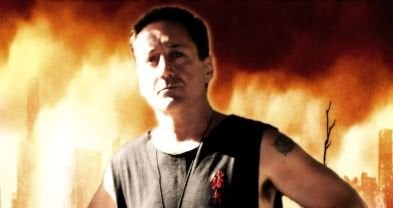 Who knew the original singer for Dream Theater had been living in an apartment on Spring Street since May 2003? "I chose La Mesa because it really is a nice place to live and I knew the area well," says Charlie Dominici (who also resided in San Diego from 1998 to 2000). "It's very rustic and kind of like an old classic western."

Dominici joined the now-famed prog rockers in November 1987, co-writing seven of the eight songs on Dream Theater's debut album When Dream and Day Unite. He was booted in 1989 and replaced by Kevin James LaBrie, reportedly because of "personality conflicts," and spent the next 15 years as a "virtual recluse" (his description). "I needed to get some financial stability and also wanted to return to music only when it felt good again."

Dominici was asked to leave Dream Theater after their first album. Wikipedia quotes Mike Portnoy saying, "It was like having Billy Joel sing in Queensrÿche."

Dominici didn't completely disappear -- he sang at Dream Theater drummer Mike Portnoy's wedding in 1994 and joined his old band onstage in L.A. for two songs in March 2004 (filmed for the DVD When Dream and Day Reunite). "I was so out of practice, vocally...after that I realized how much I had been like a fish out of water since I had not been doing much musically. I quit the car business and started writing."

The singer (who has played guitar since he was 12 years old) has recorded a series of three solo CDs comprising one long concept trilogy called 03. "The CD is like a movie made out of music," he says. Dominici is coy about the project's theme, saying only the CDs are about "modern times, current events, and the possible end of the world."

For several years beginning in 2002, Dominici was a La Mesa auto-finance accountant. "I'm sure there will be some people who'll be looking at my CD and saying, 'Hey, that guy sold me an alarm, a LoJack, paint sealant, and a service contract. '"

In summer 2007, Dominici temporarily relocated from La Mesa to Sardinia, off the coast of Italy, to join his new band Dominici, for recording and touring overseas. He moved back to San Diego in late 2008.

His solo material is acoustic singer/songwriter music reminiscent of Cat Stevens and Harry Chapin, while his rock band Dominici is more influenced by the Queensryche/Dream Theater/Roger Waters school of theatrical, classical metal. 03 part one is acoustic, while the other two CDs in the trilogy are heavy progressive metal, recorded with a full band.

In early 2010, Dominici recorded with Steve Walsh of Kansas, for a planned musical project coinciding with a new book by science fiction author Kevin J. Anderson.

The upcoming 2011 Japan Relief benefit CD/DVD includes Dominici singing “Shine,” as well Bobby Kimball from Toto and around two dozen other singers and players. “Something similar to We Are the World,” Dominici tells the Reader.